Does Geography Play a Bigger Role Than Species Traits? With Helen Regan (PI) at UC Riverside, Janet Franklin, Brooke Rose and Santiago Velazco are identifying the elements of plant biodiversity in California that are most vulnerable or most resilient to the interacting threats of climate change, land use change and wildfire in the coming decades. The vulnerability of a plant species to this triple threat depends on their distribution (biogeography) in relation to these threats, as well as their species traits. Plants may be long or short lived (redwood trees versus poppies), may escape habitat fragmentation and loss because their ecological niche places them in locations undesirable for development, or not, and they may have traits that allow them to recover their populations following fire (fire-stimulated seed germination, or resprouting from underground parts). In a changing environment, plants can only move (migrate) out of harm’s way intergenerationally, via seed dispersal. Our project will identify the general aspects of biogeography (where) versus species traits (how) that confer more or less vulnerability to California flora under global change in the coming century as California’s human population grows and the climate warms. We are doing this using simulation modeling to project the population growth or decline for a wide range of plant species in California. 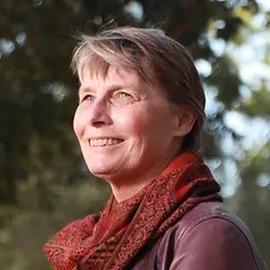